About MCK Kitchens and Bath 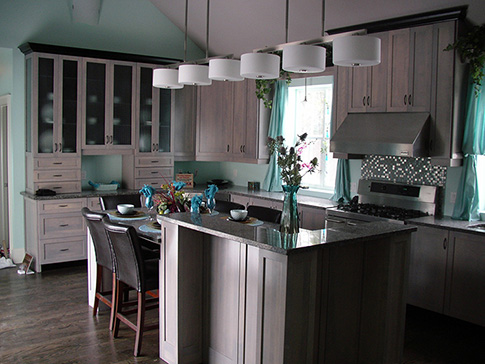 MCK is a family owned and operated business, established in 1989 by Mike Ryan and his wife Michelle. Then called Mike's Country Kitchens, initially Mike and his brother Steve were the only two employees. Now MCK employs a staff of over forty employees, including 8 on-site designers. In that first year, MCK only manufactured about a kitchen per week. Today, MCK can manufacture and install five kitchens a day.

MCK started as the smallest cabinet shop in Metro Halifax and has become one of the largest kitchen and cabinet manufacturer in Nova Scotia with a modern 20,000 square foot manufacturing facility in Elmsdale. 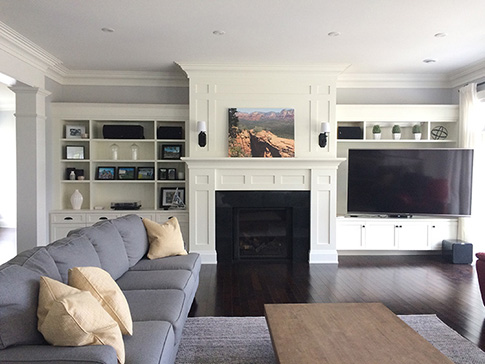 We Are The Best

It is our opinion that no one in Nova Scotia does a better job of manufacturing and installing kitchens. We build a beautiful line of cabinets, at a great price and we deliver on time. And if there are any problems we take care of them right away.

Today MCK has a brand new locatoin to serve you with knowledgeable staff, friendly service, and plenty of displays and design ideas. Drop into our brand new Dartmouth Showroom today and see why we are the most successful kitchen manufacturers and installers in Nova Scotia!

Hi Ian: Thanks for sending out Mike's crew to fix two of our kitchen drawers. After repairing them, Mike automatically surveyed the rest of the cupboards and adjusted various spots he felt needed to be tweaked. Not too many businesses do extra things like that once you've bought their product. It was very much appreciated! Thanks again.

PS It's nice to deal with locally owned company and know that we are getting good products and services. Thank you from the Happy Kitchen Galipeau Family

At MCK, our belief is that our growth has not happened by chance, but that we have grown to be so successful because of our quality of product and service, and our passion for helping our clients.